On the program today, I’m identified as a writer and a journalist. But in some ways, immigrant and naturalized US citizen describe me best. I arrived in the US as so many before me have–a refugee, having fled tyranny and religious persecution during the darkest period after Iran’s 1979 revolution. Within a few years, all of my family and much of my community had vanished. Recently, someone sent a photograph of the gravestones of my paternal grandparents in Tehran, and I realized that only these two stones remain of all that I once had and knew. I was a girl when the mandatory dress code, the hijab, became the law. I was a teen when the Morality Police began making the rounds, stopping and arresting people on mere whim, sometimes for no more than just a few strands of hair peeking from under one’s scarf. One August day in 1984, when the temperature was intolerably high and the water fountains had been shut in observance of the Ramadan, I, under my thick headscarf and Islamic uniform, began thinking that I would not mind dying if my death would bring the end for those who had made our lives so unbearable.

Thirty some years since, another girl, a little older than I was then, was bludgeoned to death for exposing a few strands of hair while in the custody of the same Morality Police. The leaked scans of her head show fractures on her skull. I am here today not as an aspiring politician, hoping to return to power. I’ve no political ambitions, nor do I have anything to return to in Iran. I am here because that girl, Mahsa Amini, could have been me. My accidental survival and lucky crossing into this country compel me to speak on her behalf and make sure that you hear her voice, and help prevent such future deaths. Since her passing, thousands have taken to the streets in a show of solidarity that is rare even for a country that has known so many tumultuous moments.
For nearly twenty years, the US State Department, among other institutions, has spent tens of millions of dollars to advance the cause of democracy in Iran. I should know because an organization I helped found, Iran Human Rights Documentation Center, and another on whose board I serve, Tavaana, have been recipients of these funds. This investment has been far less than the billions the United States has spent in Iran’s two neighboring countries, not to mention the thousands of lives that have been lost there. I can confidently say that, given that the aspiration for a civil society has a 100-year-old root in Iran, that much smaller American investment has paid off. What I wonder about is whether is aware or prepared for this welcome change. The nation that emblazoned the world’s memory with humiliating images of blindfolded US diplomats is no longer an enemy. Rather than burn the US flag, Iranian women, the vanguards of the current movement, are burning their headscarves, and the men are there to support them. They are not demanding to eradicate the hijab, but to gain the right to choose. I can’t think of two other words that capture the essence of America better than “right” and “choice.” Unarmed people are marching the streets no longer chanting Death to America, but Death to the Dictator, blackening the images of the Supreme Leader on murals and posters. The people who once believed that America, the Great Satan, is the source of all evil, are now chanting, “Our Enemy is Right here, they lie when they say it’s America.”

With the exception of Ukraine, I cannot think of another nation on earth that is, at this very moment, sacrificing more than Iranians are to reach the very ideals upon which the American republic was built. Those foundational underpinnings, “life, liberty, and the pursuit of happiness,” with only a minor local twist, is what the demonstrators are chanting now. They are calling for Woman, Life, Liberty. They have replaced the term “pursuit of happiness” with the word “woman” because they now know that no society can be free or achieve happiness if 50% of its people are treated as second class citizens.
For years, many experts have convinced us that Iran has no viable opposition leader. They fail to see that rather than the old leadership model of a singular figure, nearly always a man, representing a people, it’s been many many women who have inspired and moved their compatriots all along.

It’s women who have most consistently resisted this tyranny and persisted against the widespread myth that the hijab is an Iranian tradition. If nothing else, I hope these valorous Iranians have proven that if any “tradition” requires heavily armed-men defending it 24 hours a day or forces them to bludgeon their youth to death either deserves to perish or is simply a tool of subjugation the oppressors wish to disguise as tradition. In short, Hijab is as much an Iranian tradition as slavery was an American tradition.

Iran has reached a Ukrainian moment. It is the moment when a nation realizes that it is willing to pay the price of its own freedom. They’re sacrificing their lives for the cause that, however physically distant from Americans, is detrimental both to Iranians and to the safeguarding of the democratic values for which we stand. They are not asking others to do their fighting for them. All they’re asking is for our support so they can face their heavily-armed goliaths. No nation can ever succeed or has ever succeeded against such powerful adversary. But with our support, Iranians, led by their women, can reach their freedom and help us all live in a safer world. 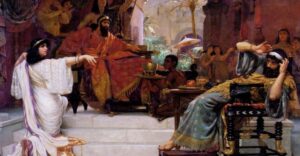 Purim as Queen Esther’s ‘Coming Out

“Purim as Queen Esther’s ‘Coming Out.’” We don’t tend to think of holidays as occasions into which we grow, but that is, in part, what 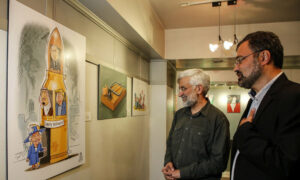 Reading the Holocaust Cartoons in Tehran

THE news of the exhibition of Holocaust cartoons in Tehran took me back to a moment in my childhood. In 1974, his first year at 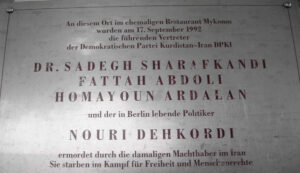 The End of the Dispensable Iranian

DAWN had always arrived in Berlin’s Turm Strasse with the bustling of shopkeepers and the drowsy hiss of buses pulling into their stops. Always, except 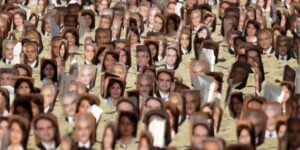 Then They Came for the Bahai

“Then They Came for the Bahai.” In mastering the knowlege that even bigotry is relative and comes in gradations, I was a premature pupil. I 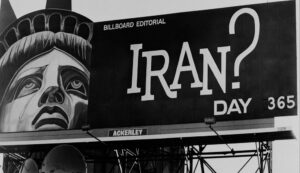 When Eyes Get Averted: The Consequences of Misplaced Reporting

On the day that the Iranian-American journalist Roxana Saberi, charged with espionage by Tehran, was handed her eight-year sentence, I received several dozen messages asking 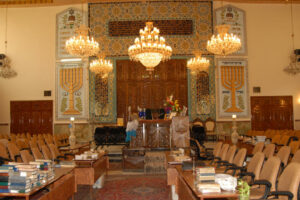 Queen Esther and the Bad Mullah: Roya Hakakian on being both Jewish and Iranian

What is most astonishing about the Iran of 2009 is how much, despite 30 years and the doubling of the population, it remains the Iran